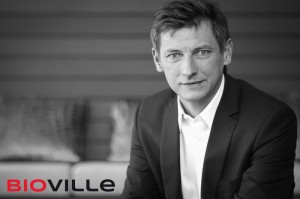 Dr. Wilhelm Gerdes received his PhD in molecular neurobiology in 1993 in Tubingen in cooperation with the Max-Planck institute for Biophysical Chemistry in Göttingen, after this he moved on to biotech, working in the firms Ribonetics and IBA both in Göttingen, where he worked for 6 years in research and development and subsequently business development. Between 1999 and 2002, he moved on to the firm Nokia, where he received training in sales and business development. From 2002 to 2004 he served as business developer for the firm Biomit, Basel Switzerland, and following this went on to become general manager for GMS Göttingen, an advisory company for clinical trials. He joined Fraunhofer in 2006 as general manager of the business development team of Fraunhofer IZI, and works as well as general manager for the clinical trials firm Innomed, both in Leipzig.  Innomed has carried out more as 50 different successful clinical trials with international pharmaceutical and diagnostics firms as sponsors.